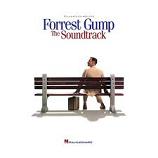 “Sweet Home Alabama” appears on the soundtrack of the 1994 film  Forrest Gump , as the title character dances with his beloved friend Jenny in the living room of his Alabama home during a rainstorm. In the 1997 film Con Air, the song is played as the list of main characters is seen in the end credits. During the film, it is also played on the plane as some of the convicts dance, prompting Garland Greene (Steve Buscemi) to comment on the irony of “a bunch of idiots dancing on a plane, to a song made famous by a band that died in a plane crash.”

Forrest Gump is a 1994 American epic romantic comedy-drama film based on the 1986 novel of the same name by Winston Groom. The film was directed by Robert Zemeckis and starred Tom Hanks, Robin Wright, Gary Sinise and Sally Field. The story depicts several decades in the life of Forrest Gump, a naïve and slow-witted yet athletically prodigious native of Alabama who witnesses, and in some cases influences, some of the defining events of the latter half of the 20th century in the United States; more specifically, the period between Forrest’s birth in 1945 and 1982.