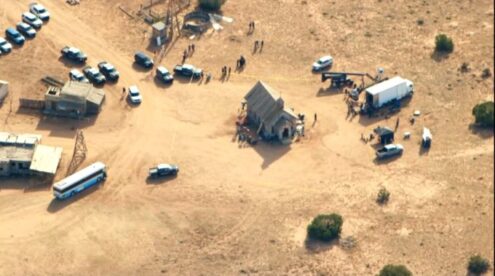 Prosecutors plan to charge Alec Baldwin with involuntary manslaughter in the fatal shooting of a cinematographer on the set of the movie “Rust” in New Mexico in 2021, according to a person with knowledge of the investigation.

The film’s armorer overseeing weapons, Hannah Gutierrez Reed, is also expected to be charged with involuntary manslaughter in the incident, according to the person.

The film’s first assistant director, David Halls, has agreed to plead guilty to the charge of negligent use of a deadly weapon, according to the person.

Santa Fe-area District Attorney Mary Carmack-Altwies plans to announce the charges Thursday morning, the person said, and the charges are expected to be filed by the end of the month.

The shooting occurred on the set of the low-budget Western outside Santa Fe, N.M., in October 2021. During preparations for a scene, Mr. Baldwin discharged a live round from a revolver, killing 42-year-old Halyna Hutchins. The film’s director, Joel Souza, was also wounded. 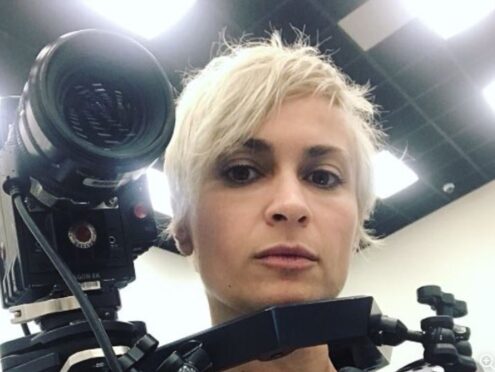 In New Mexico, involuntary manslaughter is a fourth-degree felony that carries a maximum sentence of 18 months in prison.

Lisa Torraco, an attorney for Mr. Halls, declined to comment when reached Thursday morning. As an assistant director, Mr. Halls served as safety coordinator on set and handed the gun to Mr. Baldwin at the rehearsal.

Jason Bowles, an attorney for Ms. Gutierrez Reed, didn’t immediately respond to a request for comment. Ms. Gutierrez Reed oversaw weapons on set as the armorer, along with a second role assisting with props on the production.

Both Mr. Halls and Ms. Gutierrez Reed handled the gun before it was given to Mr. Baldwin for the rehearsal, in which the actor was practicing pulling out the revolver.

According to affidavits from the Santa Fe County Sheriff’s Office, Mr. Halls took one of three prop guns laid out on a rolling cart and handed it to Mr. Baldwin to film the scene. Mr. Halls yelled “cold gun,” indicating the firearm didn’t have live rounds. Mr. Baldwin took the gun and fired it, one of the affidavits said. Investigators have also questioned Ms. Gutierrez Reed’s actions as the person in charge of guns and ammunition on set.

Mr. Baldwin has repeatedly denied pulling the trigger of the gun, including in a December 2021 interview with ABC News. “I would never point a gun at anyone and pull the trigger at them, never,” Mr. Baldwin said in the interview. “Someone put a live bullet in a gun, a bullet that wasn’t even supposed to be on the property.”

Mr. Baldwin has said he pulled back the gun’s hammer and let it go, after which the gun fired. 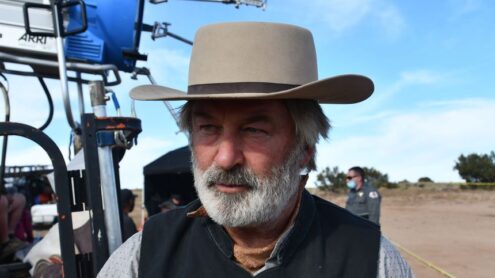 Lawyers for Mr. Halls and Ms. Gutierrez Reed have said their clients didn’t know the gun was loaded with live ammunition and have denied any wrongdoing.

In the 15 months since the shooting, authorities have investigated safety measures on the set, including how guns and ammunition were handled by the film’s crew members and its star in the days and moments leading up to the incident. Investigators haven’t said how live ammunition made it onto the set.

The Sheriff’s Office turned over the results of its investigation to prosecutors this past October and didn’t make any recommendations about potential charges.

The workplace safety agency imposed a civil penalty of nearly $137,000—the maximum fine allowed under state law—on the production company behind the film. The company, Rust Movie Productions LLC, has contested the findings in an administrative proceeding.

In October, Mr. Baldwin and the “Rust” production team reached a settlement with Ms. Hutchins’s family in a wrongful-death lawsuit, the parties said at the time. Terms of the settlement weren’t disclosed.

Mr. Baldwin filed a lawsuit against several “Rust” crew members, including Ms. Gutierrez Reed and Mr. Halls, in November. The lawsuit alleges that the crew members were negligent in their duties to protect the cast and the crew, including giving Mr. Baldwin a loaded gun.

In response, an attorney for Ms. Gutierrez Reed said Mr. Baldwin “is the only one responsible for this tragedy.” An attorney for Mr. Halls didn’t comment at the time.